The following is an over-view of key symptoms of Autism Spectrum Disorder (ASD), using quotes from the main character in “Atypical” to illustrate each:

A: Autism is a condition NOW recognized, since the publication of the DSM 5 (Diagnostic and Statistical Manual of Mental Disorders), as a combination of symptoms and behaviors, which are restrictive and often repetitive, which globally impact the person’s social communication and interaction. People with ASD start showing symptoms in early childhood (prior to starting Kindergarten). Each person living with Autism has a unique mix of symptoms, but together they significantly impact the person’s life in ALL areas – social, emotional, home, school, work and in the community. (“I’m a weirdo, that’s what everyone says.” – Sam, Episode 1)

T: Twiddle (Sam, Episode 1) “When I flick a pencil against a rubber band at a certain frequency.” One of the diagnostic criteria for ASD is to have 2 or more “restricted, repetitive patterns of behavior (Twiddle), interests or activities” (DSM-5, p. 50). These can be movements, speech, phrases (called “echolalia”) or routines. People living with ASD can be very rigid about their routines, interests and expectations. Often they become fixated on certain things or ideas, and may collect objects that others find unusual.

Y: “Why” people living with ASD do the things they do is not yet known, but ASD is recognized as a “NEURODEVELOPMENTAL DISORDER” (DSM-5). This means that it is caused by differences, thought to be in the person’s brain, which they cannot help (i.e. It’s not their “fault”). Approximately 1% of the people in the United States are diagnosed with Autism Spectrum Disorder, and there are 4 times more males with the diagnosis than females.

P: (Sam – Episode 4) “People think I don’t know when I’m being picked on, but I do…I just don’t always know why.” People living with ASD often do not understand key parts of communication and interaction with others – eye contact, facial expression, relating (especially showing interest in other people, their interests and ideas). Young children with ASD may not communicate at all, or may only communicate with select people. People living with ASD often struggle with understanding emotion (Sam demonstrates this throughout the series when he has to ask people he trusts on several occasions what others are feeling), may not understand jokes (Sam – Episode 3: “Are you being sarcastic?” when a girl told him she liked his shirt), and take what other people say very literally (Sam – Episode 3: “Whoever said ‘Practice makes perfect’ was incorrect. Humans can’t BE perfect because we are not machines.”). They are often talked about or picked on by their peers in school, and can usually understand that something is “wrong” or “off,” but do not understand why.

I: Impact – Autism Spectrum Disorder has a tremendous impact on the person AND the family. Sam said it best in Episode 5: “It takes me awhile to get used to new things, but after I do, I come to rely on them.” This simple quote clearly describes life for the person living with ASD. The impact on the family is not quite as simple to explain. For parents, they are often floundering for answers, explanations and “tricks” throughout their child’s developing years. It is sometimes exhausting being a parent, but being a parent with a child who lives with ASD is exceptionally more challenging because they become hyper-aware and watchful for triggers, which may cause a meltdown in their child. Meltdowns especially, but also other behaviors their child does and things they may say, attract the attention of others, which can be embarrassing or socially isolating. Siblings to the person living with ASD often have to “grow up fast” and have to live their life never being the object of attention (Episodes 4 and 5 demonstrate this beautifully with Sam and his younger sister, Casey).

C: Common Ground: finding “common ground” is difficult for people living with ASD. Sam’s Dad said it well in Episode 1 when he was talking to his wife about his struggle coping with Sam’s behavior. He recalled Sam not looking them in the eye, not wanting to be touched, and not having much to do with Dad until he was 18. Sam’s Dad said, “I wanted us to have just ONE thing in common…Just one.” The Series illustrates this struggle well, BOTH from Sam’s perspective and from that of the other people in his life. Sam – Episode 5: “Most people don’t try to get me. Paige (his girlfriend in the series) tried and it was nice…She didn’t even mind when I locked her in my closet. That’s special and rare, I think.” The series shows well how the person living with ASD can be taught strategies to cope with the expectations of society and others, but also how others can seek to better understand the person living with ASD.

A: Attention to detail – People living with ASD tend to pay extra attention to details, often things that others don’t notice or know. Some may be hyper-focused on facts and like to talk about facts they know, and apply what they know to every situation (for Sam, it was Penguins, the Arctic, and all animals). Some people living with ASD are hyper-sensitive to light, sounds and even textures in food and clothing (Sam – Episode 3, talking about a new shirt he picked out: “It’s 100% cotton, which is my favorite percentage of cotton!”)

L: Last, but not least…If you want to better understand Autism Spectrum Disorder, this is a “must see” series. “Atypical” is entertaining and educational, and for people who work with children and adults “on the Spectrum” it is relatable. However, go into your viewing with the understanding that Autism is a diagnosis on a “Spectrum,” which means there is a WIDE variety of ways it may look, and no two people living with Autism Spectrum Disorder are the same. The series is NOT diagnostic, nor was it intended to be. Autism Spectrum Disorder is a complicated mixture of diagnostic criteria, which requires careful consideration, and can only be diagnosed by a person trained to do so. If you have concerns about YOUR child, schedule an appointment with a mental health professional, or seek guidance from your child’s medical provider to discuss the next step. 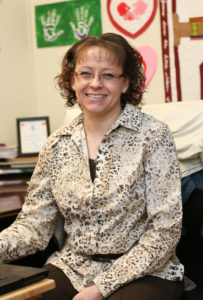 One thought on “Netflix’s Atypical by ABC’s Melanie Crumpler, LCSW”